Long lasting contributions to a specific trade don’t happen every day.  Think of Sigmund Freud’s analysis of dreams, or J. Presper Eckert & John Mauchly’s engineering of the first computer…creating something long lasting comes along so rarely. When these innovative inventions are introduced some may not be able to see that they are setting the stage for which many will be inspired and to which many will look to adapt their creation and flourish into an industry and style in and of itself. 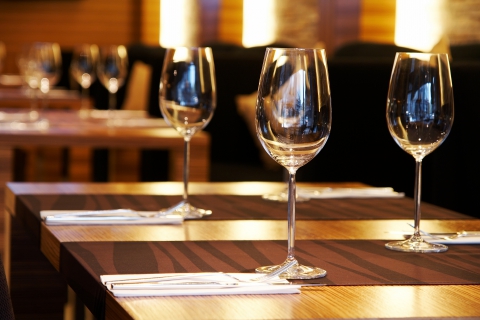 This brings me to The Four Seasons, opened in 1959, whose design has been virtually untouched since its inception.  We see a lot of amazing trends come and go but when you are timeless, like the Four Seasons, you are a Master of your field.   They are associated with a number of milestones in the hospitality industry. It is credited with introducing the idea of a seasonally-changing menu to America. It was the first destination restaurant to print its menus in English.  The Four Seasons was also the first restaurant in the US to cook using fresh, wild mushrooms.  In recognition of its timeless design the Four Seasons has been awarded the first ever Design Icon Award from the James Beard Foundation…congrats to it’s owners Julian Niccolini and Alex von Bidder who created the concept from which Philip Johnson & Mies van der Rohe got their inspiration for its design. You can read more about this prestigious award here, and read further insights about what made The Four Seasons great in this article.

What we can take away from these publications, is that there are trends, and then there are icons. In the restaurant world, it’s important to shoot for the latter of the two. What made The Four Seasons last and thrive?

“They looked for unusual ingredients. They were innovators when it came to ingredients.” -Martha Stewart

“The stark modernism of it threw me. […] And then, by the second time you go, you appreciate it. And then by the fifth time, you realize it’s the most beautiful restaurant in the world.” -Graydon Carter

“The Four Seasons was heavy on service and heavy on personnel.” -Mimi Sheraton

These quotes – from various restaurant consultants, managers, and entrepreneurs – speak to the lasting impression of The Four Seasons, as well as the simple steps one can take to make a successful restaurant… First, be bold with flavor and food. Make a menu that people want to try… a menu that makes people yearn to return. Next, make an impact with your atmosphere. It doesn’t have to be extreme, just memorable and comfortable. Finally, service is key. Hire and train the perfect wait staff. Collect the best chefs you can find…sound advice from a place that has not had to change in order to stay successful for a long time.

KC Hospitality Consulting has the proven track record to assist in aligning your goals, designing a course of action and executing your plan operationally with clear objectives and attainable results. We have affiliations with a bevy of hospitality experts with a deep understanding of how this crazy industry works. Whether you are in need of business solutions, brand strategy, cost control or employee training, we can provide clear direction and hands-on assistance.

Happy Hour is my blog...I will not be offering free drinks in order to get you to start imbibing much earlier in the day than what is considered respectable. My focus is anything and everything that is REAL in life, leadership and the pursuit of good food & drink – the goal is make all of us happy for that one minute or one hour once a week on my blog. Native Brooklynite and lifer in the restaurant/hotel/hospitality business, I am fortunate to have worked at some of the most exciting ventures